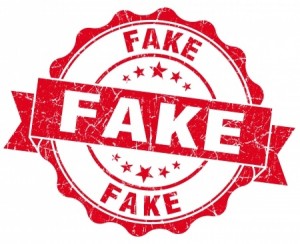 Last week Joanne Nelson looked at some of the tech trends for 2014 being talked about by CIOs and CTOs.  This week Joanne looks at two bumps in the road around these trends and asks what CXOs can learn from them.

Two recent news items made me sit up and question a couple of the assumptions on which CIOs priorities for 2014 are based.

CNN ran a story that may have cheered the owners of technological intellectual property, while at the same time sending a shiver through their business plans.

According to the CNN piece, Chinese tech counterfeiters are, at the moment, turning their backs on wearable technology such as Google Glass and Samsung’s Galaxy Gear.  On the face of it, that’s good news for manufacturers – there’s no need to worry about losing sales and profit to pirated copies of their products, for now at least.

On the other hand, imitation is the sincerest form of flattery - the pirates are renowned for being able to identify what is hot and what is not. It appears then that wearable devices may not, in the near term at any rate, prove to be as popular as some of the trend spotters might think.

This illustrates how, very often in business, indicators do not necessarily come from an enthusiastic marketing plan but from left field sources – in this case, the counterfeit market.  Curiously the fact that IP rights have not been infringed is being seen as a disadvantage.

YouTube offers another, perhaps more oblique example of this.  That is, YouTube makes its large partners, such as the BBC, aware of copyright infringements – when another user uploads copyrighted material.  However, rather than demand that it be taken down, programmes such as BBC Top Gear gain two benefits.  First, YouTube monetises the infringing material and the funds go to the copyright owner.  Second, the programme maker can see, pretty quickly, what is popular and what is not, which informs future production decisions.  In this case the copyright infringement actually benefits the IP owner.

The second story that caught my eye was reported by the Washington Post – “Smartphones get more sophisticated, but their owners do not”.  The story tell us that 81% of Americans send text messages, but only a half of them download apps or use their phones for email.

It seems that, despite all the benefits smart devices promise and deliver, the key to ‘mobile everything’ lies in users understanding it - obviously.  It is no wonder that the Apple Genius Bar and the recently launched Kindle Mayday are proving so popular with users – Amazon’s Jeff Bezos called Mayday “the greatest feature we’ve ever made.”  The lesson then for CIOs is not just to provide technology, but ensure that users ‘get it’ – to understand that an in-house ‘genius bar’ might be needed if users are going to realise the productivity gains that mobility promises to deliver.

In the end, the idea that the internet of things and mobility on the move will be major plays in the coming year may in part be true, but with slow adoption of wearables and a large swathe of smart device users still decidedly unadventurous, my guess is they will still be major plays next year, and the year after…