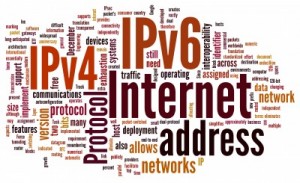 In the next month, CXO Unplugged will be publishing figures collated by Logicalis from Cisco labs, that reveal how ready the world is for IPv6 - early reports suggest "not very."

As a precursor to the announcement of those figures, the following articles from CXO Unplugged will help remind readers exactly why we should take the issue more seriously than we actually are.

The Internet of things – can objects get social?

Ian Cook looks at the Internet of things and asks how this idea might manifest itself and, more importantly, what businesses should be doing to capitalise on the concept.

IPv6 – Is there an internet-shaped hole in your growth plans?

In the first of a three part series, Lucas Pinz, Senior Technology Manager at PromonLogicalis in Brazil, looks at the impact of failing to adapt to a new global internet protocol, IPv6, on every business’ plans for growth.

What is your IT department doing about IPv6?

In the second of a three part series, Lucas Pinz, Senior Technology Manager at PromonLogicalis in Brazil assesses global progress towards IPv6 adoption, pointing out – if you don’t know what your IT department is doing about it, the time has come to address that.

IPv6 readiness. First steps for your IT department

In the third of a three part series, Lucas Pinz, Senior Technology Manager at PromonLogicalis in Brazil looks at the simple steps your IT department can take in working towards an IPv6 readiness plan.

Are the heavy weight economies coming to the IPv6 party?

Chris Gabriel, CTO at Logicalis Group, looks at the world’s major economies’ progress towards IPv6 readiness and what it all means.

Lucas Pinz looks at the dangers faced by Brazilian (and other) banks who do not address the pressing call to migrate from IPv4 to IPv6. When was the last time you actually went to the bank?