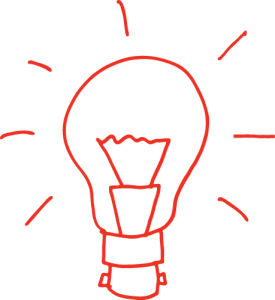 We recently announced at Logicalis that we are putting together a team to explore the immediate and future impact of Software Defined Networking. But to the non-technical CXO, what is an SDN? Gary Thomas explains.

For the average technically minded executive many new concepts are understood by a form of osmosis coupled with a core understanding of the related technological landscape – but sometimes an explanation is required.

In a recent conversation with a friend over a drink, I was asked for just that: “What exactly is a Software Defined Network?” Knowing he had little understanding of networking, let alone data planes and control planes, I realised that explaining how the physical network is decoupled from the control plane might not leave him any the wiser.

Time for a simple analogy.

This is how a typical network operates; imagine you want to send a package of data across town. You give it to the courier and he sets off on his way, he is now in the network. He knows roughly which direction he is going, but has to stop at various points to find out the quickest way.  He may even find that when he gets to a certain street it is one-way and has to go back and find another route.  He may also get to a certain point and find there is too much traffic and has to ask someone for a less crowded route. And what if the package is an awkward shape and he cannot negotiate certain routes? Again he has to find another way. Those people he is asking are like routers, they contain the knowledge and he needs to consult them at each point in the journey.

Now for the same analogy, but over an SDN. Imagine the courier now has a smartphone with GPS.  He sets off and the route is constantly updated and controlled centrally. The central control knows the shape of the package and can route him accordingly. He can also overlay other services such as traffic conditions, which will dynamically update his route, all from that central control point. If his phone packs up, he can still ask the way. The central point, or ‘control plane’ is software - as opposed to the hardware routers in the first scenario. Of course if the software is unavailable the hardware is still there to provide a route – SDN is an overlay.

So, getting slightly technical, traditional network hardware contains the rules and logic for controlling the flow and modification of data in proprietary firmware, which is partitioned into what is known as data planes and control planes.  SDN decouples the control plane from the data plane - so a network administrator doesn’t need to hope that all the routers along the path are optimally configured.

But what are the purported benefits? Well conventional wisdom, at the moment, is that it is early days and it is all up for grabs, but as Chris Barnard, Associate Vice President at IDC, recently pointed out: “SDN will influence and impact the total network eco-system.”  In practical terms this could mean a number of things including:

Crucially, if it were not obvious, this adds up to saved time, lower capital outlay and greater agility and control.

Equally important though, if you now can sit in a board meeting and explain what decoupling the control layer from the data layer means, I can consider my time well spent!