Rumours of a dystopian future are greatly exaggerated…

Rumours of a dystopian future are greatly exaggerated…

Chris Gabriel, Chief Digital Officer Europe for Logicalis, considers some of the more challenging technology predictions for the next two years, and argues that technology should be enabling, not self serving.

Perusing the seasonal technology predictions – the plethora of ‘what’ll be big in 2016’ articles – has been interesting. The more I read, the more I was struck by a rather uncomfortable theme – at least a theme that I think would be unpopular if these articles were widely read outside of the IT industry.

Future-gazing pieces that, to technologists, are about the increasing use of computing to take over mundane tasks hence freeing humans to focus on innovation, creativity and collaboration, could easily be read as some kind of precursor to the Terminator movies. I was struck by how some predictions could seem alarmingly like the march of the machines, computers taking over from humans altogether…

In essence the difference, between seeing these predictions as benign and seeing them as echoes of some dystopian future, boils down to your view of technology. But before I explain, it’s worth looking at four of the technology predictions that made me sit up and take notice: 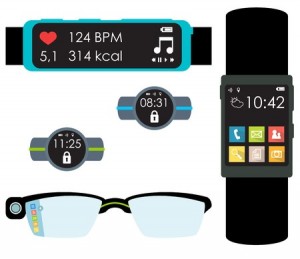 By 2018, 2m employees will be required to wear health and fitness tracking devices as a condition of employment.

So yes, whether you view these technology predictions as benign or potentially malevolent boils down to how you view technology, and how you view its potential application. In the end, technology should be enabling, not self serving – in the same way that today’s technology solutions should put customers at their core, rather than allowing their needs to be relegated to the status of near afterthought.

This applies to all these apparently dystopian predictions. As long as these technologies are developed and deployed with the desire to improve the human experience, to enable people rather than replace or subjugate them, then there will be nothing dystopian about them at all.