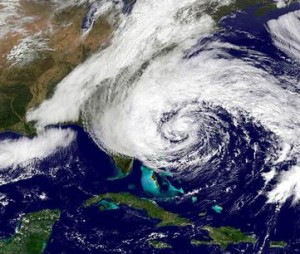 Lessons from a superstorm: What can Sandy tell us about Disaster Recovery and DRaaS?

As the post-Sandy clean-up and recovery continues, and the costs (both human and financial) are added up, Vince de Luca looks at what we can learn from a technology point of view - has DRaaS been proven?

Given that Sandy left an estimated eight million homes and businesses without power, flooded countless data centres and saw businesses lose out on revenues in the billions of dollars, it’s fair to say that affected companies will be looking hard at more than just recovery.  They’ll be assessing how they might minimise their losses should the worst ever happen again.

But, those lessons should not be limited to the businesses directly affected.  Surely, we can all learn something from the ‘Sandy stress testing’ that so many technology infrastructures were ill-equipped to withstand?

For many of the affected firms, priority number one, is to look at how renewed or replaced infrastructure can be made ‘Sandy-proof’.  The short answer is, it can’t.  There is no viable infrastructure model that can survive total immersion in water, and total loss of power.  Rather, the focus will be on finding a disaster recovery solution that can withstand all that, rather than falling victim alongside the primary systems.

Naturally, enough, attention is turning to a model that is disaster-proof in the sense that it is geographically removed from those primary systems – in other words, Disaster Recovery as a Service, or DRaaS.  CIOs are looking at DRaaS with good reason – it’s now proven.  Sandy proof.  Throughout Sandy and the aftermath, the Logicalis Enterprise Cloud, which utilises IO's facilities, remained 100% operational.

The benefits of a good disaster recovery plan are clear when it comes to major, regional events like Superstorm Sandy – and DRaaS makes DR more affordable overall.  So, it will be interesting to see just how many of the businesses affected eventually go with a DRaaS solution, and just how far beyond those directly affected, the lessons of Sandy are learned.