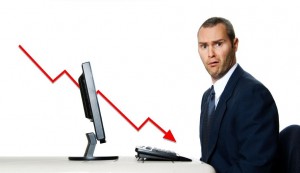 Fanni Vig, Analytics Division Director at Logicalis UK, explains why now is the next best time to invest in business analytics, if organisations can learn from the mistakes of past – to see beyond the misconceptions that have to date destroyed return on around three quarters of analytics investments.

That’s the hard truth and the reason why so many that were part of the ‘first wave’ around 2010 invested significant time and money in business intelligence but ended up with nothing of the sort.

That’s not guesswork. According to a survey of over 400 CIOs and IT Directors worldwide, carried out by Logicalis, three quarters (71%) don’t even get the bare minimum output – actionable insight. Meanwhile, less than half (48%) get information on ‘well defined business metrics’ and still fewer (28%) can deliver insights to decision makers wherever they are – a fundamental requirement in our increasingly mobile world.

Small wonder then, that so few have realised the benefits that really matter – business outcomes that drive the bottom-line. Analytics was credited with playing a role in delivering increased sales in just 27% of cases. It’s hard to imagine a business case for analytics investment that doesn’t feature some kind of bottom line metric, which means almost three quarters of those investments were expensive failures.

Not just failures. Many of these businesses were investing in analytics at the right time – a time when analytics technologies and skills were both proliferating and maturing.

That is evidenced by the astonishing returns that have accrued to the 27% or so that got analytics right. Research conducted by McKinsey recently found that this group realised 9% increases in profitability over five years – increases that were directly linked to their investments in analytics. To put that in context, that equates to a return on investment multiple of 2.0 from an investment totally around 0.6% of revenues – a return that has not been seen since the 1980s, and which even exceeds the returns delivered by R&D and marketing.

So, the 73% of investments over that period that did nothing for the bottom-line were not just failures, they were huge missed opportunities.

All the same, analytics remains a hot topic, not just for IT and executives across pretty much every business function, but in the boardroom too. The same Logicalis survey found that 63% of CIOs and IT Directors worldwide see investments in analytics as ‘very important’ or ‘crucial’ to business innovation, while only 16% cited ‘lack of boardroom buy-in’ as a barrier to adoption.

With all that in mind, the big question is how those late to the analytics party can avoid the mistakes of the past, and realise the kind of staggering returns we know are possible.

That comes back to the core problem. Too many businesses still do not understand analytics. At its core, it’s a simple enough concept: Technology that turns data into intelligence that drives bottom-line benefits by enabling tangible performance improvement across the spectrum of business functions – from management to marketing.

Great. But look more closely and a mass of misconceptions start to emerge – everything from the nature of ‘big data’ to who owns analytics, to just how complex it is and, crucially, what it is really for. These misconceptions combine to either prevent projects getting off the ground, or leave them doomed from the start – ill conceived, poorly designed and, ultimately, not fit for purpose.

We can clear up three of the biggest misconceptions right now.

1 - Analytics is about big data

This is based on a failure to grasp the fundamental nature of big data, the four Vs: volume, variety, velocity and veracity.

All to often, businesses see any data they hold as ‘big data’ just because there is a lot of it. But drop any one of the Vs and you just have normal data and, when it comes to analytics, that is a game changer – suddenly you’re dealing with the same data problems we’ve always had, and a whole layer of complexity falls away.

In my experience only around one in 30 analytics projects is truly dealing with big data. Typically, that is because the real time element is missing, either because the business can tolerate a 24-hour cycle, or because the data simply isn’t available straight away.

The point is, it is vitally important to understand whether you have big data before embarking on an analytics design project. The results can be incredibly powerful, and not to be missed out on. The FT is a great example. The volume of data it holds relative to its size is enormous – and it is true big data. Understanding its potential and delivering analytics that makes the most of it enables the FT to be creative with advertising models, offering an unprecedented level of granularity when it comes to targeting advertisers’ spend.

So, yes, sometimes analytics is about big data. More importantly, it’s about your data – and understanding its potential is the first step to unlocking it.

The perception of analytics as dealing with a tangled mess of data is a problem that leaves many a project on the drawing board, or compromised to such an extent that delivering real value is all but impossible.

The truth is, analytics is one of those things that appears more complicated the closer you look – but that needn’t be a barrier. The solution is as much about expectation and clarity of purpose as it is about implementation, and that is perhaps best explained by way of an example.

I recently spent some time speaking with the global finance team at a high street bank. They wanted, and it is conceptually simple, to segment their client base. However, the IT guys we were talking to didn’t know what their line of business operation would want to do specifically with that intelligence – over and above a general view that it would help them to design new products for clients.

So it’s a simple idea, but then you have IT people looking at the problem without really understanding the purpose. So what they see is complexity - data about clients purchasing multiple products scattered across multiple systems, represented slightly differently in each silo, and even multiple product variants too.

When they’re focusing in on the complexity, it’s no surprise that they get caught in the headlights wrestling with the challenge of getting to a standard data set that accurately reflects the relationship between the bank and the market. But that comes to define the project – rather than the business need they are supposed to be fulfilling.

Quite simply, something that looks straightforward to a layperson can be quite overwhelming to someone who understands the detail. The way forward lies between the two - combining the optimism of someone who doesn’t know the detail with the pragmatism of those who do. That means focusing on the outcome and letting go of the idea that everything has to be perfect from the start.

Dealing with complexity is about accepting that good enough is an acceptable starting point and you can improve over time – with good enough clearly reflecting the nature of the decisions that are predicated on the information being produced.

3 - Analytics is an IT problem

All of which neatly brings me to the third, and maybe the most important misconception. All too often delivering analytics – from end to end – is seen as an IT problem. Clearly, IT has a vital role to play, but it cannot and should not be the project sponsor – those who can define the need and articulate the ‘why’ must lead.

This is a real problem. It affects solution design and it affects the extent to which analytics is used, once deployed. I have seen global companies spend six figures on financial software with business intelligence capabilities, only to leave that functionality entirely untouched - due in large part to a lack of senior level sponsorship.

That said, the situation is starting to improve. That is in no small part because people are starting to realise that whoever owns data and what comes out of it will see their importance within organisations increase drastically over the next few years. As a result, senior personnel outside IT are starting to pick up the mantle.

The point is the 73% with failed analytics investments would be wrong to blame the CIO. The root cause boils down to a failure to make sure that clear business requirements and desired outcomes are common threads through a design and deployment programme driven by both IT and line of business.

As we enter the digital decade, mobility and device proliferation along with automation and IoT will see data volumes grow exponentially. Meanwhile, businesses’ ability to understand, predict and exploit ever more granular market dynamics will increasingly make the difference between success and failure.

With that in mind, it’s not hard to see the important role that analytics and business intelligence will play. So, given the odds of successfully delivering analytics in that first wave were apparently around three to one against, maybe being six years late to the party can be a blessing in disguise.

The next wave will radically improve the odds of success if they learn from the failures of the past. That means first and foremost getting the ownership right – asking the right people what they want the information to do, why, when and how. 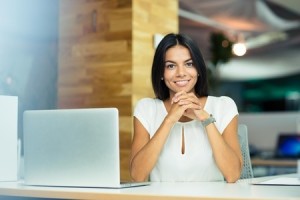 Those that get it right will reap significant rewards.

That clarity helps guide understanding of the data itself, what is possible and what is not, and deals with the complexity issue. Addressing the business requirements and the nature of the data first ‘right sizes’ the complexity. Focus makes it manageable.

In essence then, success for the second wave will be driven not just by investing early, but by investing in the skills, ownership and clarity required to shape the right solution.

And make no mistake; those that get it right will reap significant rewards.